This article is for you, Chivalry Dunces. You people out there who blame feminism for “killing” Chivalry. You, who believe in the Friend Zone. You, who think there is an invisible scale, like those giant thermometers used in fundraisers, that fills up when you hold doors and pick up checks and, once filled, entitles you to sexy time. 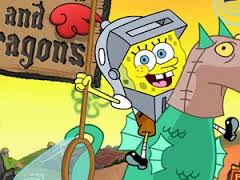 You are the ones who killed chivalry.

You are not chivalrous.

The mere fact that you do nice things only to receive gratification makes you unchivalrous. And it makes it obvious that you don’t understand what it means to be chivalrous in both the grand sense of the word and in the 21st century.

*gasp* Yes, how DARE those womenfolk demand equal treatment?! If you say this, go play in traffic.

Feminism is nothing more than the advocacy of women’s rights on the grounds of political, social, and economic equality to men. If you have a mother/teacher/grandmother/strong woman in your life or are a human being, you should be a feminist.

Feminism is about making women equal, and if that makes you feel small, then you are not worthy of having a woman in your life. Sorry if women having higher aspirations threatens you or makes you work a little harder*. Dodge and weave because those cars are coming faster than you think.

[*Cue the Morpheus meme: “What if I told you that being chivalrous doesn’t actually mean working harder to win over the object of your affections?]

Automatic Doors… Your door-holding is irrelevant

Okay, maybe there’s more to the door-holding argument than that. . . but if a little gizmo can do a mundane task, it’s just not that impressive when a person does it.

Holding the door open for women is antiquated. Good manners training taught everyone to hold the door when there’s someone behind you, if someone is carrying something, if you see that they need the door held, if the timing of it makes more sense to hold it for them, whatever. Whatever the case, it’s just not something women consider impressive anymore. It’s ordinary and boring. (And, guess what, ordinary and boring aren’t winning characteristics.)

There are very few ladies whose sensibilities will be offended if they have to touch the car door handle. And there are very few ladies who want to sit in the car and watch you lumber around to get the door, rather than just getting out and getting on with what y’all are doing. If she’s dressed up, if she’s carrying something, if you’re walking by her side first and open it, AWESOME. But doing it every time is not feasible, not timely, and – frankly – not impressive.

I watched a friend and her husband getting out of and into their car one night when we all met up for dinner. Before getting out, he kissed her hand, and then they simultaneously got out of their respective doors. When they got to the door of the restaurant, she grabbed the handle and then he opened it the rest of the way as she continued inside.

As we left, I was first out of the door and held it as everyone filed out. Then my friend’s husband put his hand out to give it the final mini push as he came out, as an acknowledgment that he was bringing up the rear. It was symbolic; he could have easily breezed out of the door without even touching it, but he acknowledged the act physically and then with his soft drawl, “Thaaanks, H.”

After doing the goodbye shuffle, I watched them get into the car: they walked, holding hands, to her side; he reached down, totally smooth, and opened the door which prompted her to smile and kiss him before ducking in. Then he skee-daddled around the car and got in.

So, naturally, I texted her: “Does he always open the car door for you?” And her answer was telling: “Not always, but we’re usually walking together and it just happens.”

This friend is the type who is excited to live life, so I can’t imagine her sitting in the car and waiting for her husband to come let her out—and he understands this too (it’s probably why he gets out of the car much faster—he knows she’s ready to roll). But, once out of the car, their affection for each other draws them together almost instantly. It doesn’t offend her to open the door on her own, but it’s just a drop in the bucket of their utter cuteness when he opens her door and she kisses him. It’s their flow. It’s what works for them.

If your lady likes her doors held, by all means, do it. Hold all the doors. ALL the doors. I’m using door-holding as a symbol of all the banal stuff that’s done in the name of chivalry.

Much like technology, the general consciousness has progressed. It’s not about the action; it’s about what goes into the action. That’s why commercials now tout what a product says about you and your ideals, rather than what it can do for you.

But I digress. . . Know what else comes up when you Right Click -> Synonyms “banal”? Predictable. Ordinary. Trite. Hackneyed. Dull. Boring.

Do you want to be ordinary and dull? Not for your woman! Can you see the difference between “predictable” and “reliable”? One is the guy who does your homework every night and the other is the guy who shows up on-time for a study session with notes and questions ready to go.

Chivalry may be a medieval term, but its idea is timeless. Webster would say it’s “an honorable and polite way of behaving especially toward women.”

Notice Webster doesn’t say “only towards women.” Chivalry is about being honorable and polite. It’s about being trustworthy and dependable in a way that lets a women know she can count on you to be there. Being a creator, she can handle whatever is in her path and needs to know you’re with her because she’s ready to move forward.

Everyone has probably rolled their eyes at this saying before. “Kthnx, grandpa, byeeeee.” But it’s valuable, especially when understanding how to treat women and other people in general.

It must be said: having manners is a given expectation. Might be a bummer, but there are no longer brownie points for being considerate and a basically-good person.

I’ve experienced this firsthand. When my girlfriend and I started dating, there was a noticeable difference in a night’s tone when I was proactive with making plans. “I heard about a new Thai place. Pick you up at 7:30?” and “I’ll scoop you at 6, and we can see how we feel!” got much better responses than “Whatever you feel like…” And now, being more established, I can see the differences in how she feels when I show I’m with her versus when I’m lagging behind. Her mood lifts and she can focus on making things happen when I’m dressed and ready to leave, even if we’re just going to the dog park. (There are serious bonus points for having the dog leashed and the front door open when she’s grabbing her bag.) On the other hand, when I pulled my hoodie over unbrushed hair the morning we were Skype’ing her mother. . . ehh, not the best course of action.

It’s what your actions say, not the number of them you do.

Think about building a house around your relationship. If you put the girl on the sideline and just build it, she’s cut out of the process and doesn’t feel any better about you. If you belittle her with some mundane task or sit back while she does all the work, she won’t respond well to that either. But if you two have a system—you mix the mortar because you know she’s ready to lay bricks—you will seem much more in-tune with the needs of the situation and you’ll see much better results.

That’s the thing: women want to be engaged. We are creators; whatever you give us, we can turn into something bigger. We want to be part of a functioning unit, not to have some vassal running ahead, sprinkling rose petals and removing obstacles from our paths or some bum holding us back. We want the person who knows what needs to be done and does it. That doesn’t come in a fit body, an overly-attentive doormat, or even a suit of armor.

35 Inspirational Quotes About Honor
#MCM... little brother & Pops in one of the best pics I've ever seen of them together - handsome dud...