There is an extremist Baptist church here in America that is renowned for its delightful signs and messages of love. They picket funerals where the dead are military servicepeople or gay. They proudly hold up signs that say their God hates the very country they live in. And they call their God “America’s Terrorist.” Real warm-fuzzies coming out of Kansas.

Okay, go back to the first sentence and switch “hateful” and “hate” with “delightful” and “love.” Now we’re talking.

A lot of people really can’t stand this “church,” which I will continue to refer to as “They” or “Them.” But I’m taking a difference stance regarding Them. And I’m going to go ahead and say it: 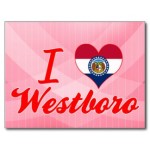 I love the wingnut, whack-job, cuckoo-face zealotry. . . I want it all. And I want it now.

Not only do I love Them for providing constant fodder for the comedy world, but I love them for much more serious reasons. They:

For every high there is a low. . . For every to there is a fro. . . [Aaanndddd now I’m singing the entire ‘Sword in the Stone’ soundtrack.] Disney lyrics or not, the idea stands: without Their hatred, we wouldn’t have something to combat with extra love and support.

Take, for example, April 2013 when They threatened to picket the funeral of a Boston Marathon bombing victim. (Real sweet, huh?) So, hundreds of people assembled to form a human shield to guard the vehicle procession from Their sweetness. Rather than allowing already-grieving folks to endure a barrage of hate, those teamsters lined up and formed a protective barrier that allowed the family of the dead to pass along without molestation. WWJD? Pick a side, go! Exxxxacccttlyyy. . .

They provide something to push against—without Their utter craziness, we wouldn’t know what it is to empathize with or care for others. Their severe message gets attention, but I don’t see it changing any minds or winning any hearts.

After football player Michael Sam came out, They picketed the basketball game where the Mizzou football team was set to celebrate its recent Cotton Bowl win. Instead of letting the bile flow free, Mizzou students created a “Wall of Love” along the perimeter to block out Their protest.

All the students and counter-protestors may not have agreed with Sam’s sexuality, but they cared enough to keep the gross display of “God’s wrath” from garnering too much spotlight and taking away from the day’s celebration.

There’s a phrase in showbiz that says even bad publicity is good publicity, but I don’t see it as the case with Them. None of the stunts They pull do much good or win people over (in fact, it seems like They help certain causes if only to get people to come out and support those causes even more than they might otherwise). And They end up making their stance look ridiculous.

For that last reason alone, I say: Keep on, keepin’ on.

If They make even one person stop and examine his or her beliefs, that’s alright with me. If Their extremism continues to draw contempt and ridicule, so be it. And if they can keep making homophobia look bizarre and unreasonable, maybe that will help others see a different side of the debate between LGBT rights and religion. Maybe they’re the mirror some people need.

That’s the long and the short of it: I love me some Them. Crazy pants and horrible hair styles and vicious bigotry and everything.