Incentives – things that motivate or encourage a person to do something – can be an effective means to debias decisionmaking.

This approach is generally derived from psychological and economic theories suggesting that people act in their own self-interest by seeking to maximize their utility (their possession of assets that are useful, profitable, or beneficial).

Making people more accountable for their decisions can increase the extent to which they invest “cognitive resources” in making decisions. This is why incentives work.

Of course, the argument is made that “bias” might not be the appropriate term for some types of decision-making errors. These “strategy-based” errors occur simply because the necessary effort outweighs the benefit. You might just call that stubbornness.

If a person makes a suboptimal choice based on an actual bias, then incentives may exacerbate the issue. (Check out: The Backfire Effect) An incentive in this case may simply cause the person to perform the suboptimal behavior more enthusiastically. 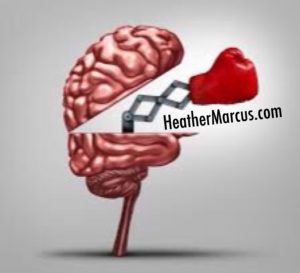 Often, though, bias is lessened when people have an idea of how a decision should be made.

Incentives can be calibrated to change preferences toward more beneficial behavior. Price cuts on healthy foods increase their consumption in school cafeterias, and soda taxes appear to reduce soda consumption by the public. People often are willing to use incentives to change their behavior through the means of a commitment device. Shoppers, for example, were willing to forego a cash back rebate on healthy food items if they did not increase the percentage of healthy foods in their shopping baskets.

Incentives can backfire when they are miscalibrated or are weaker than social norms connected to undesirable behavior.

RIP, Unconditional Love
Be Guided By Your Ideal

Learned a super-cool crochet technique from the am

Came across this @kellyslater quote on @surfertoda